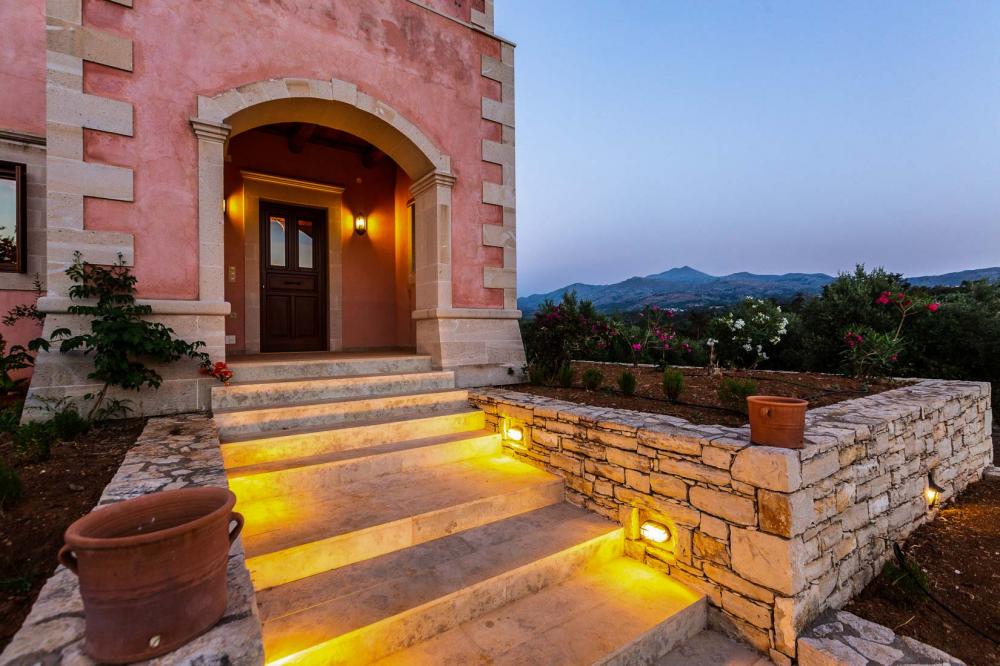 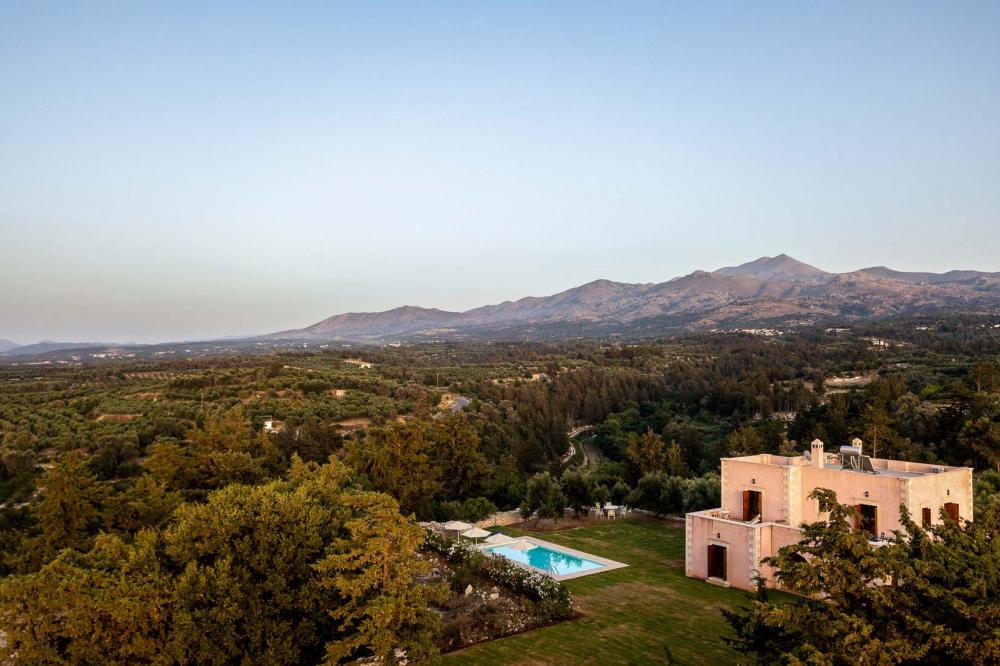 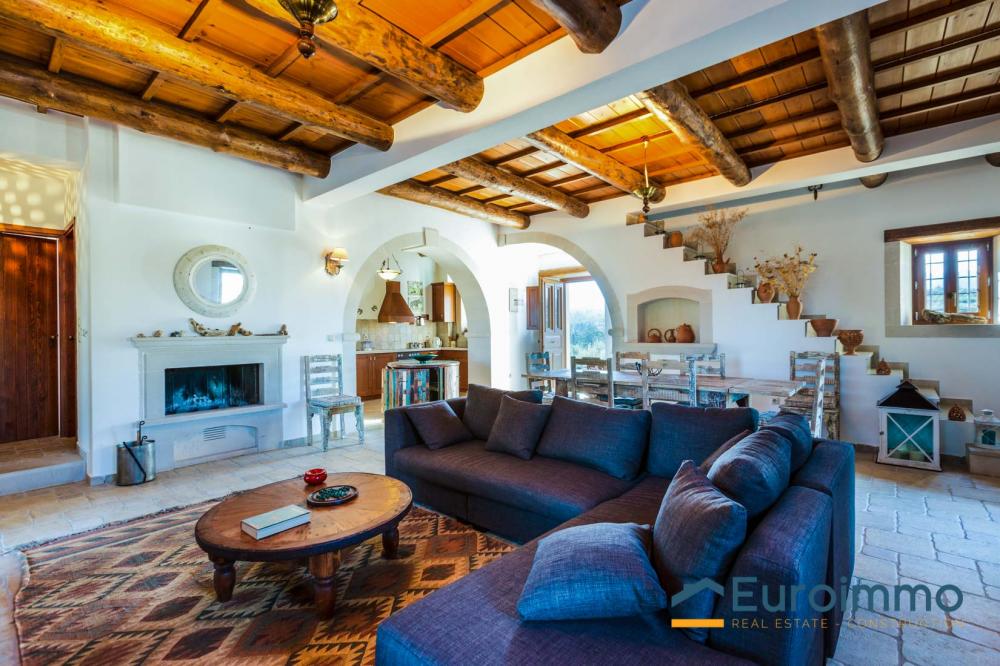 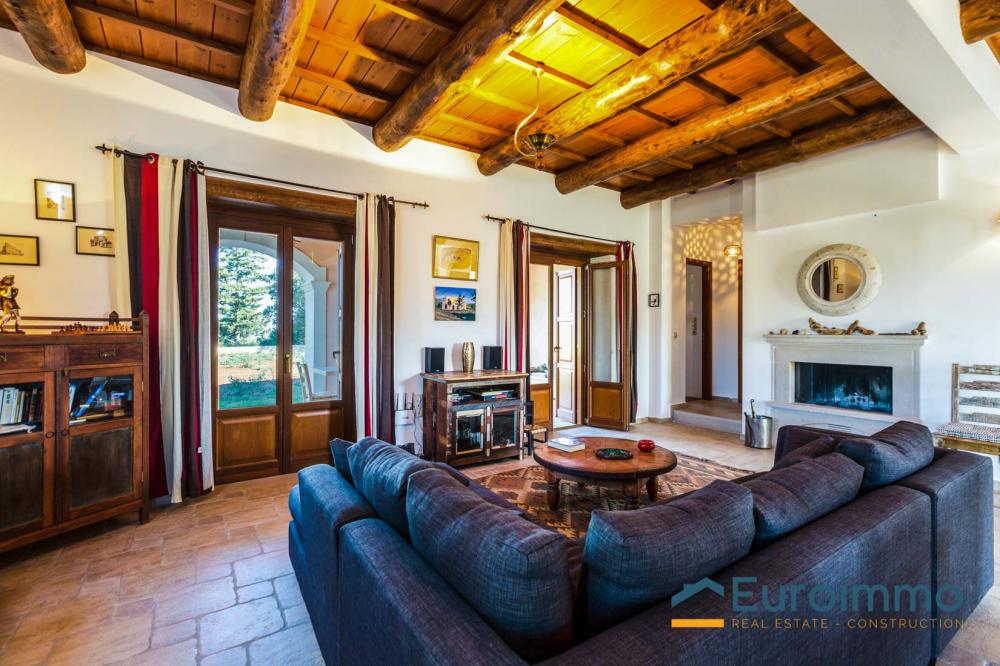 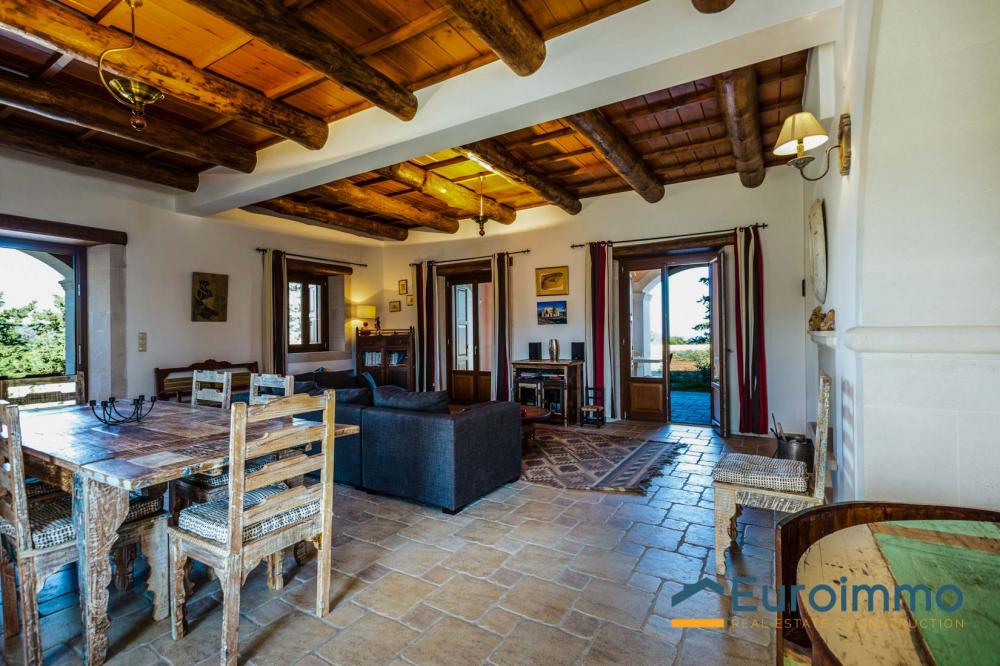 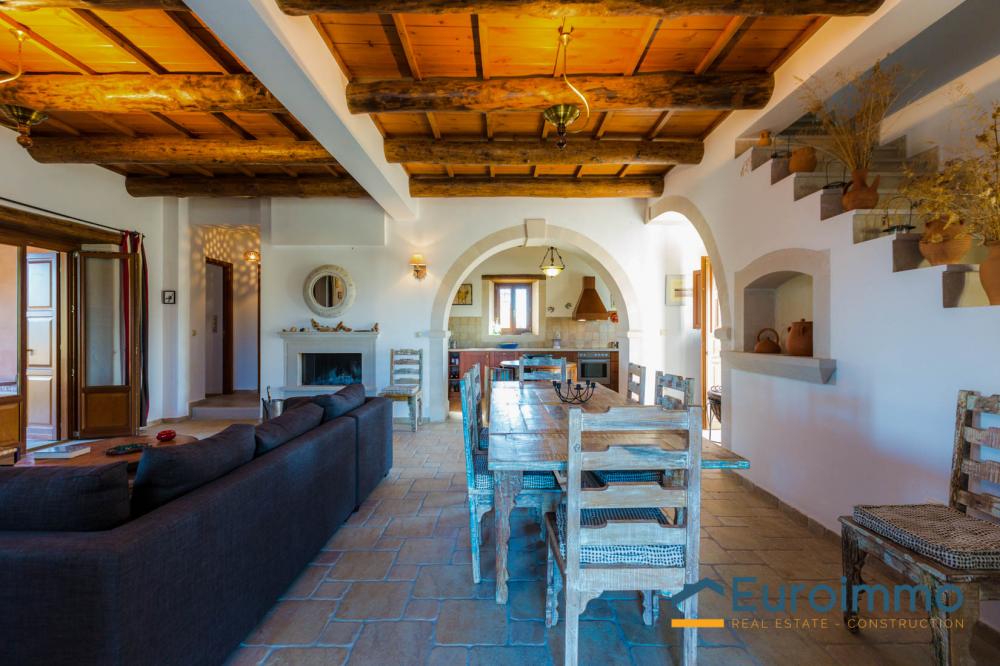 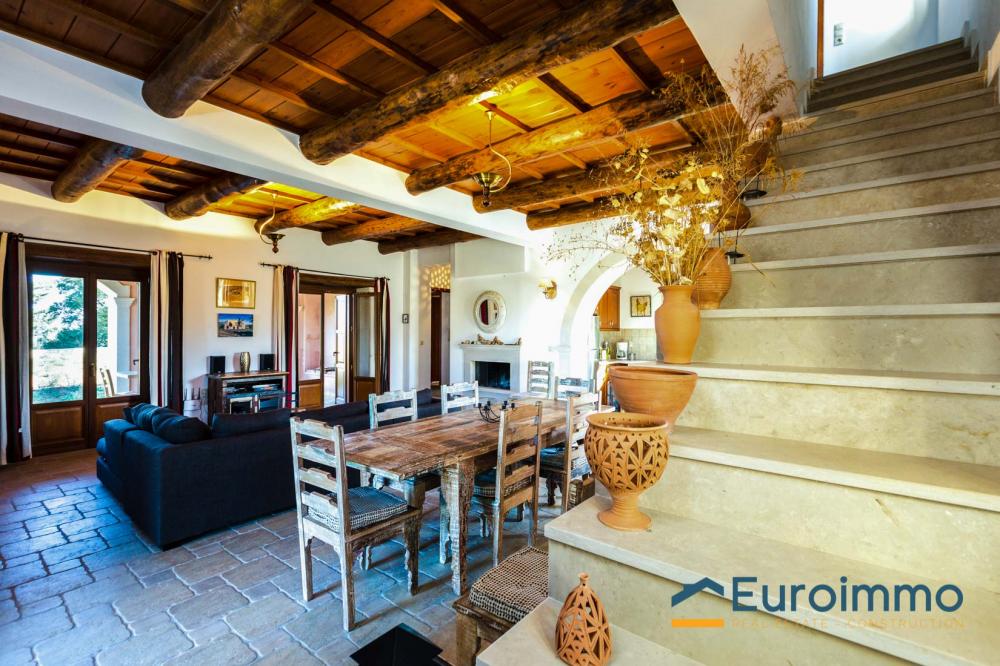 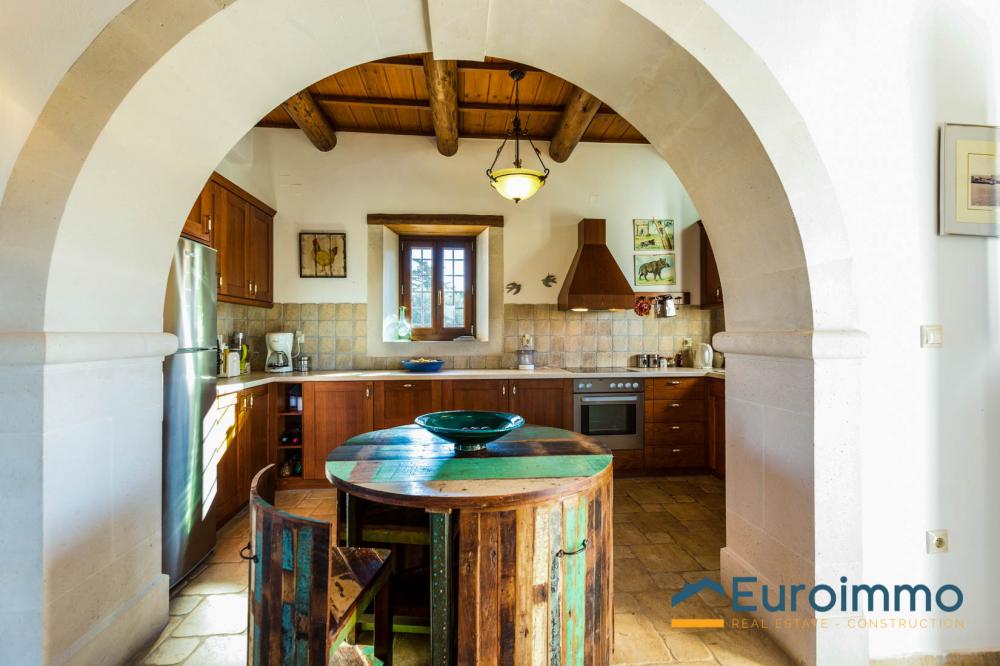 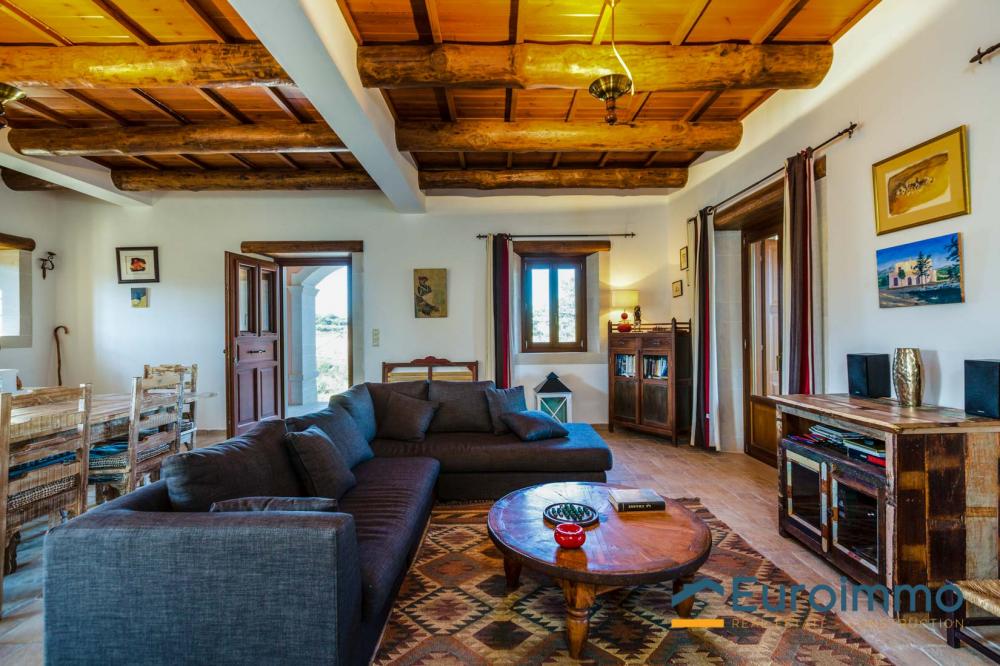 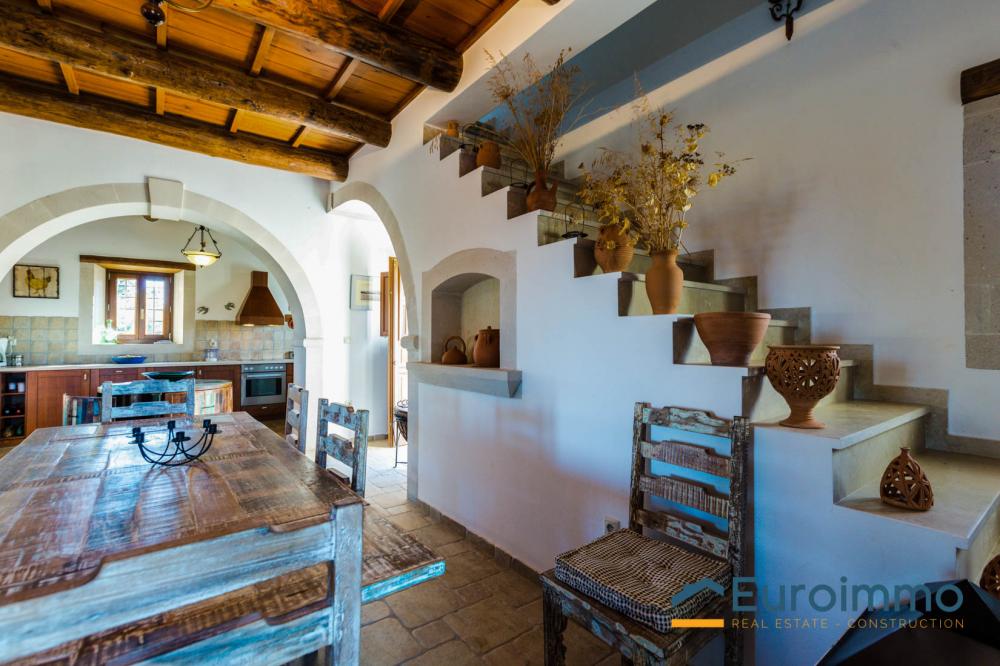 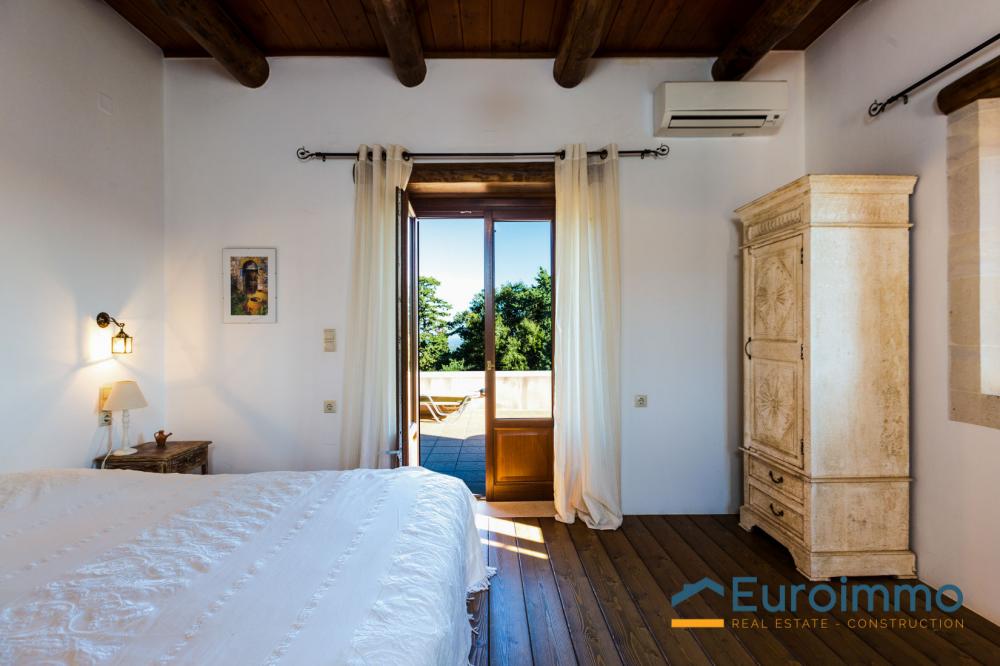 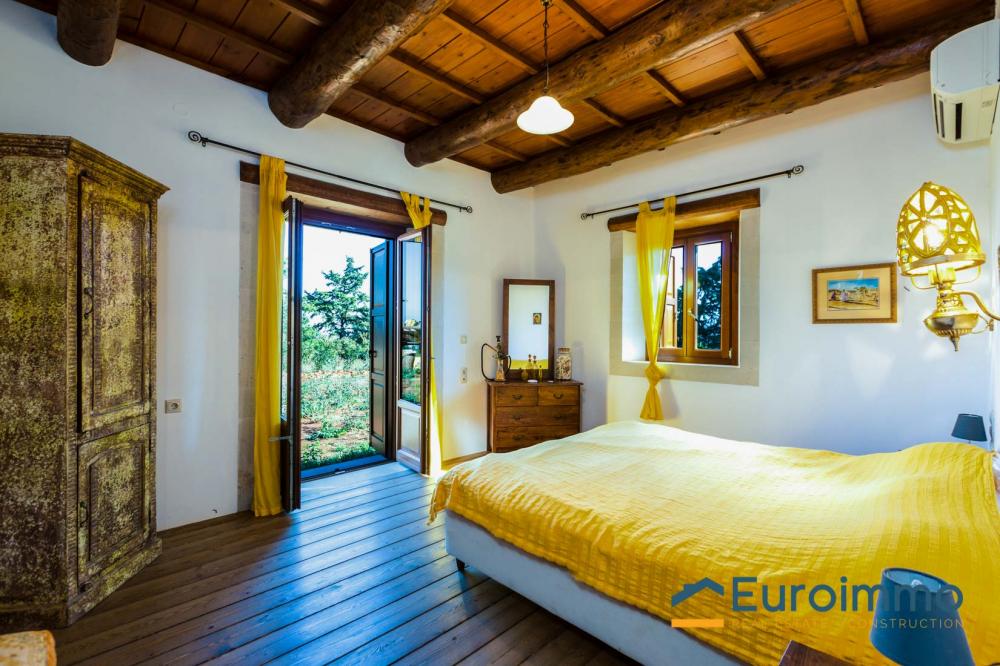 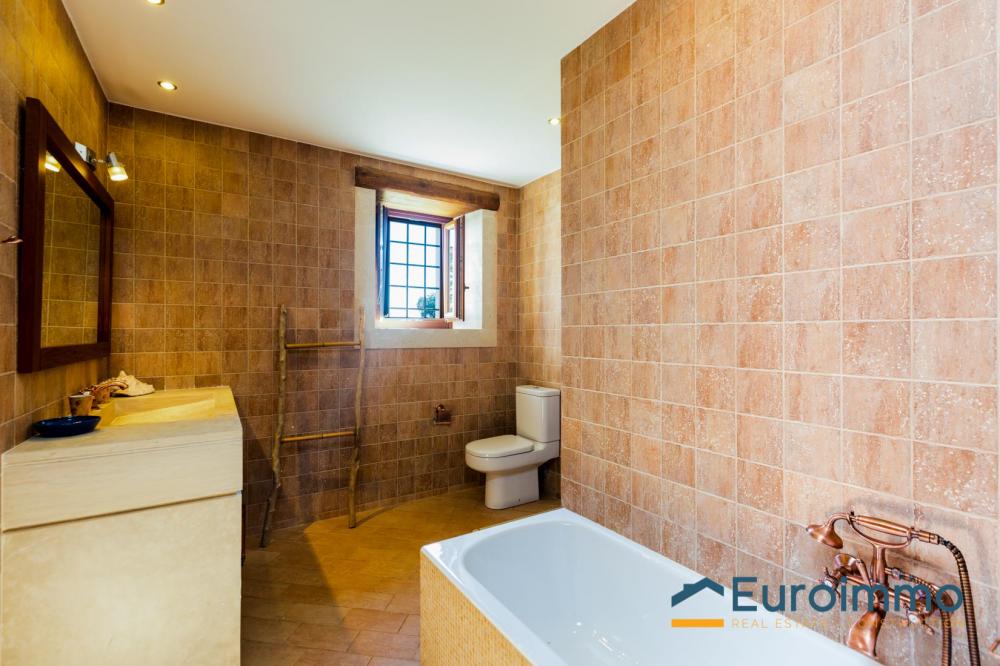 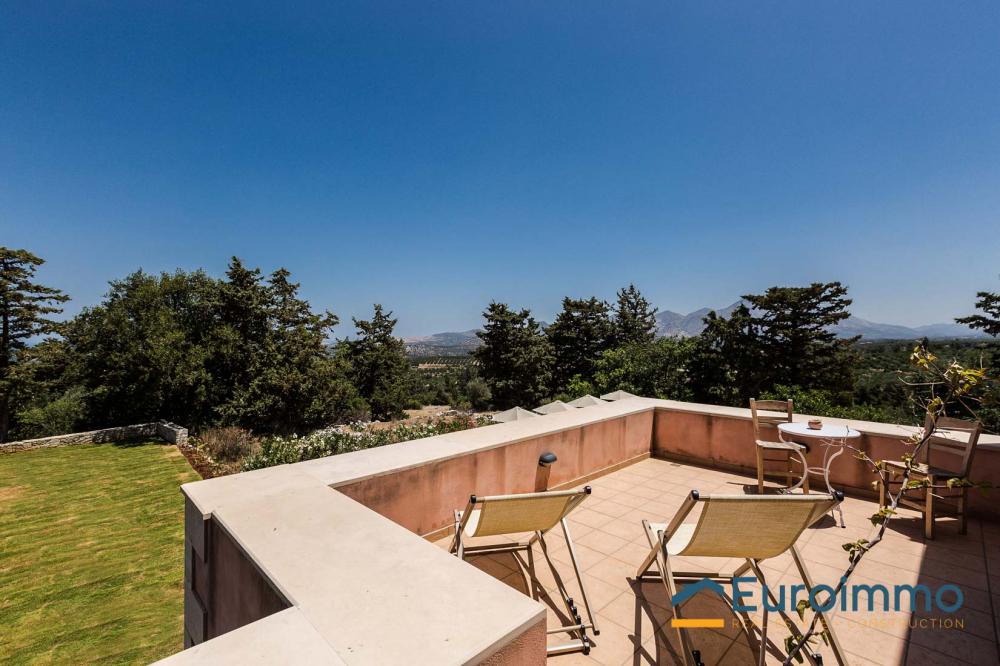 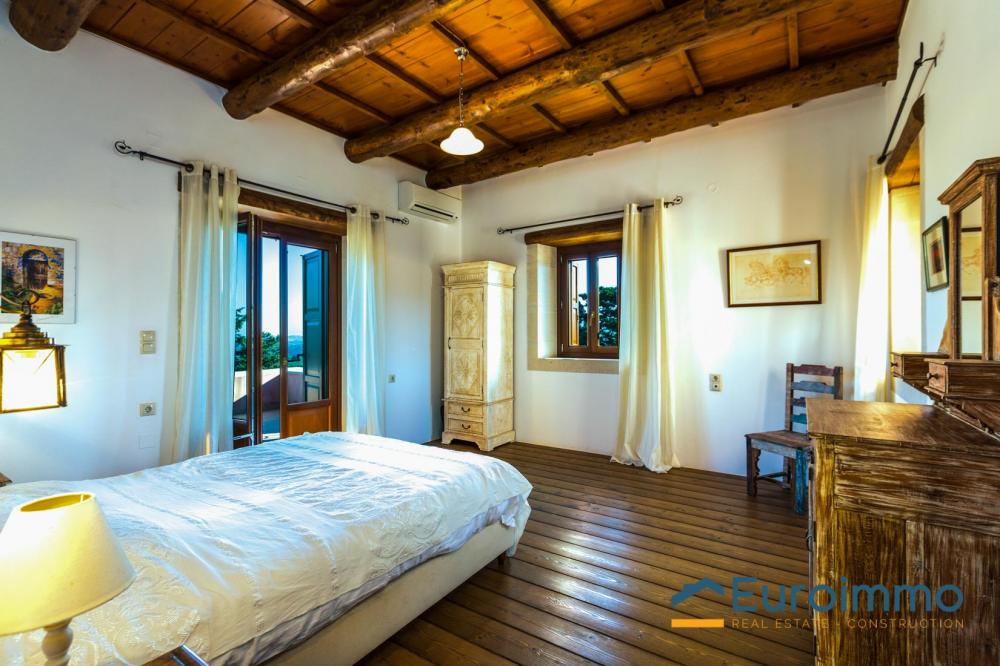 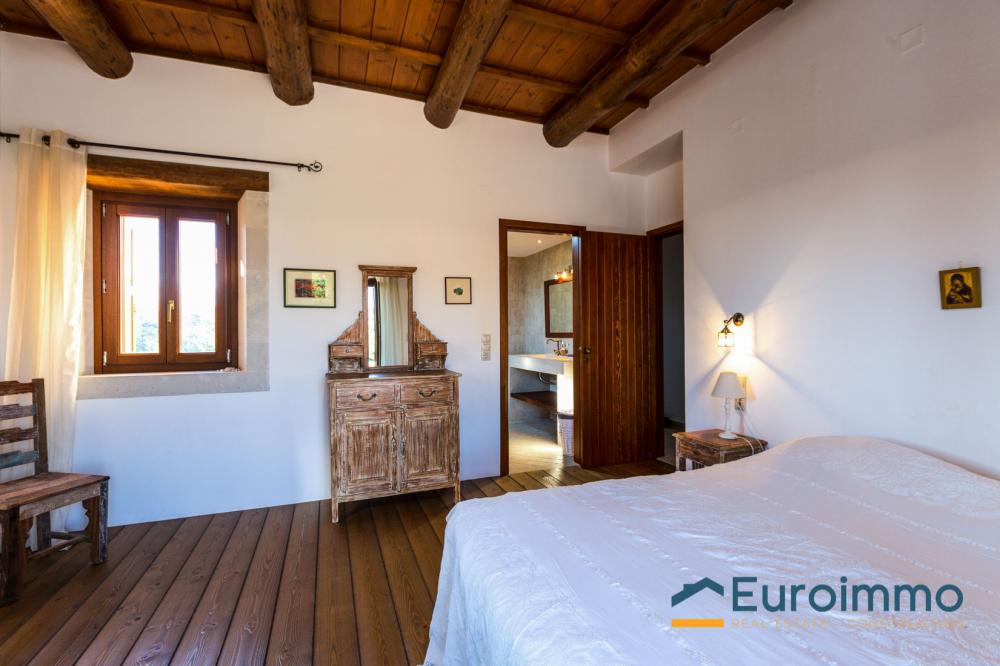 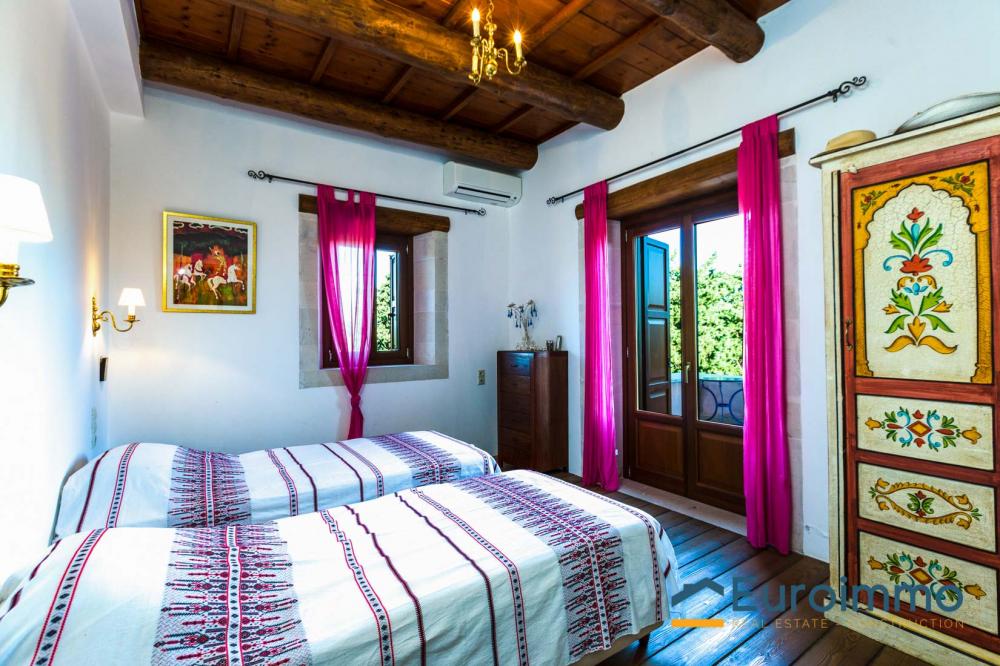 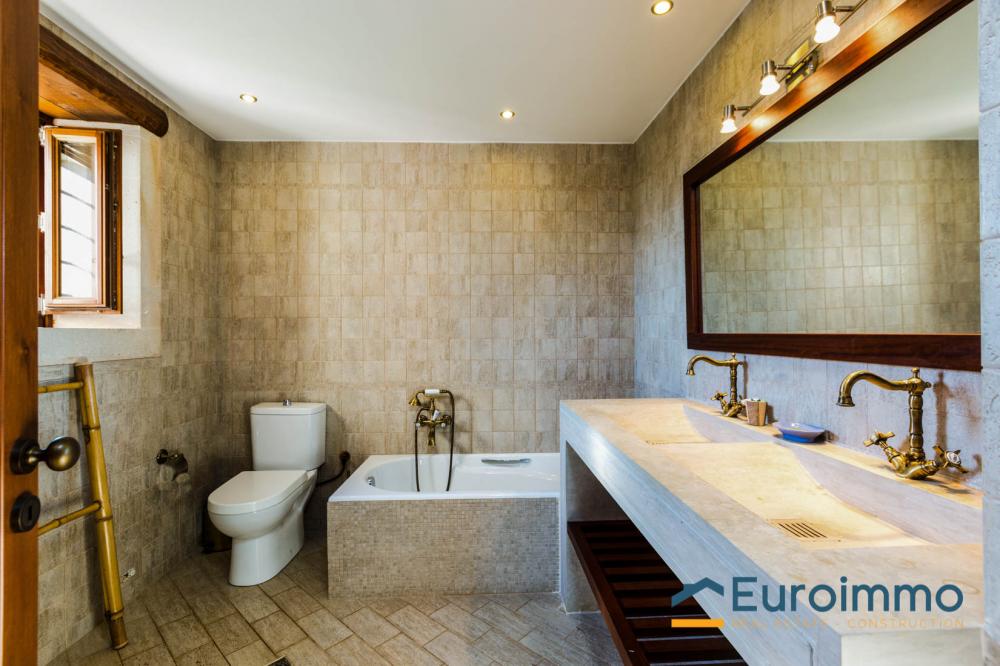 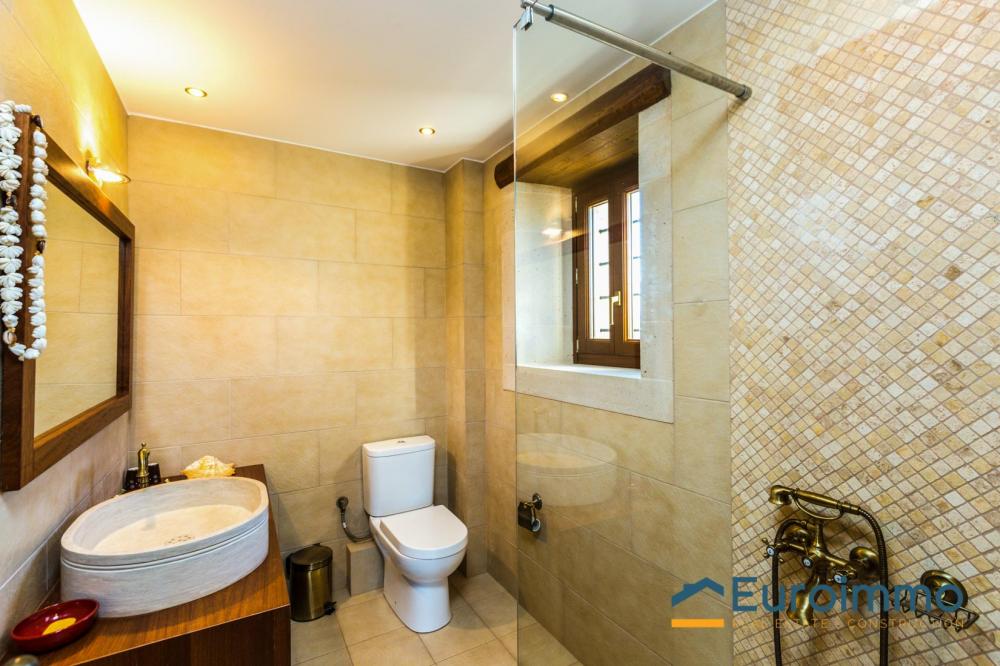 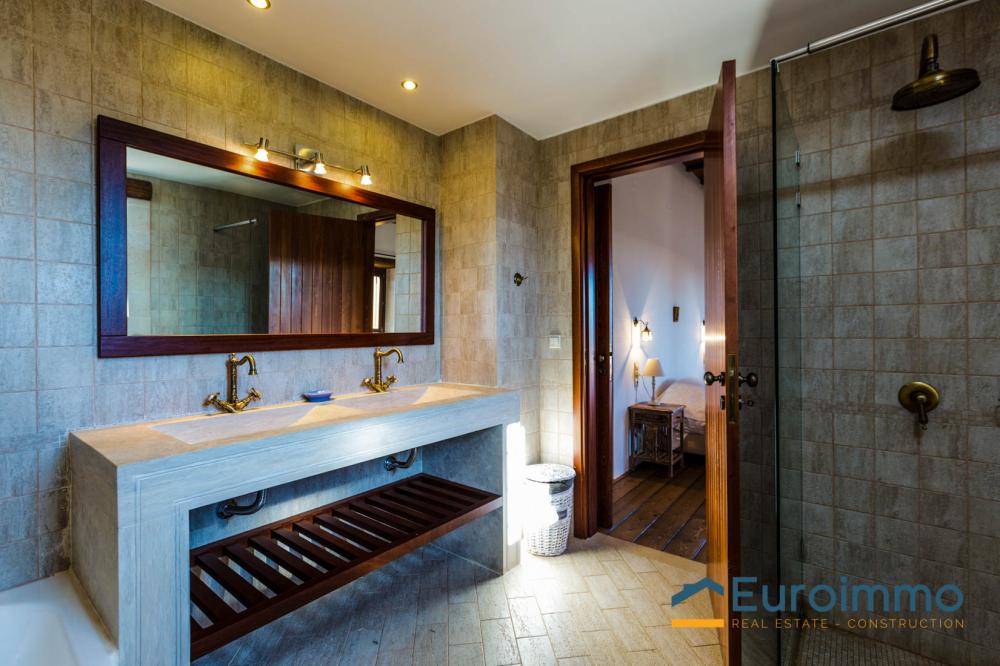 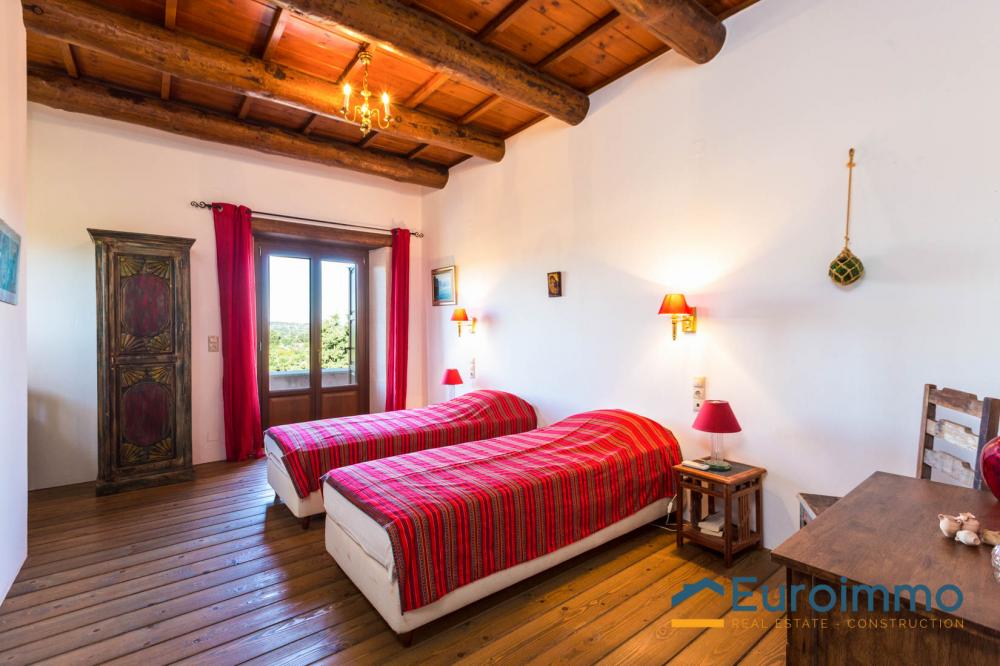 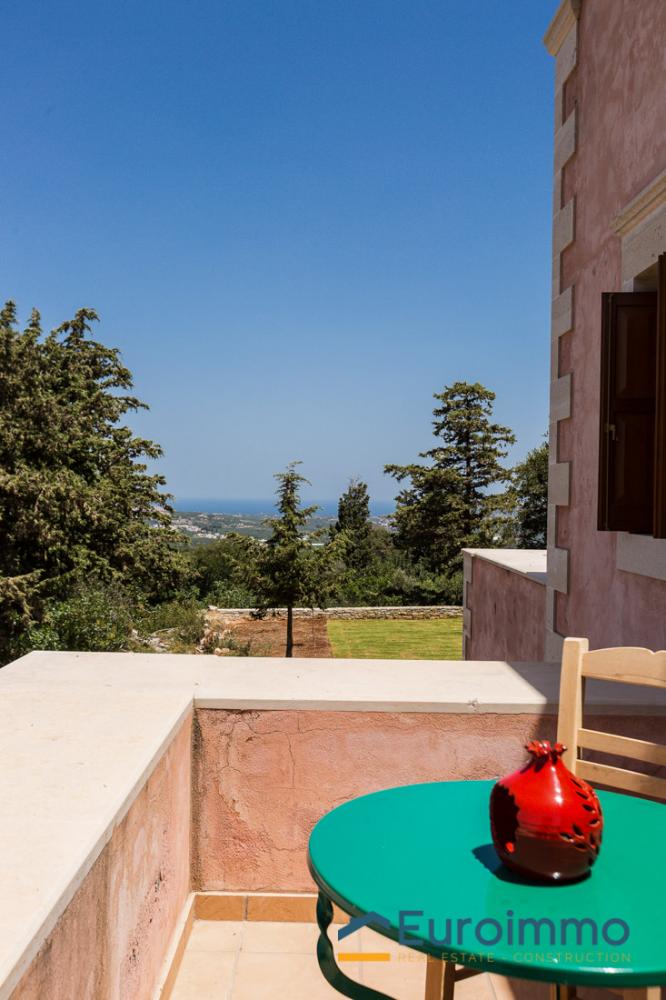 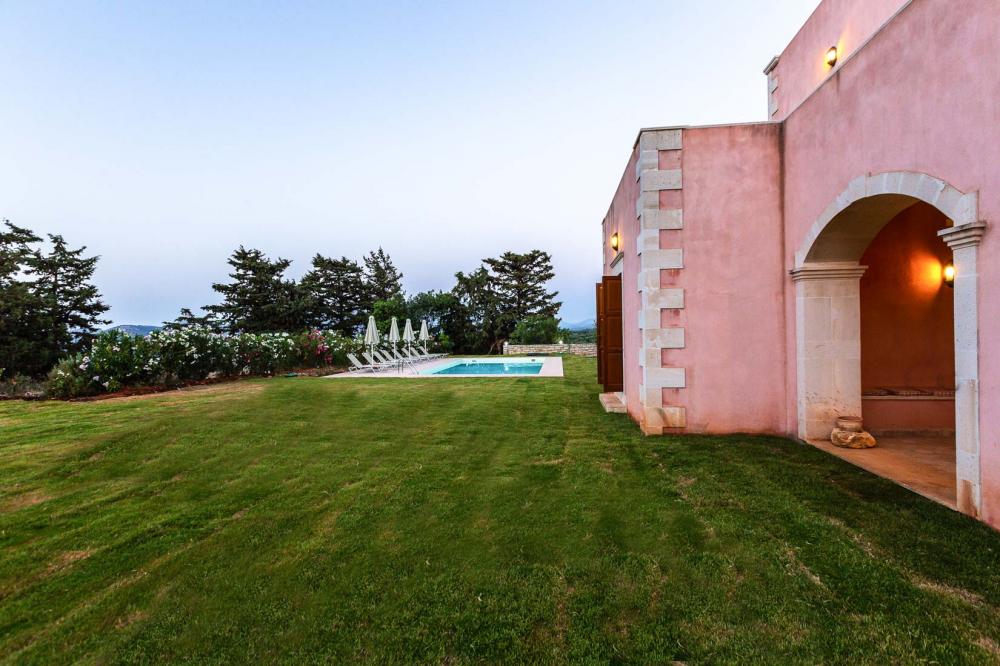 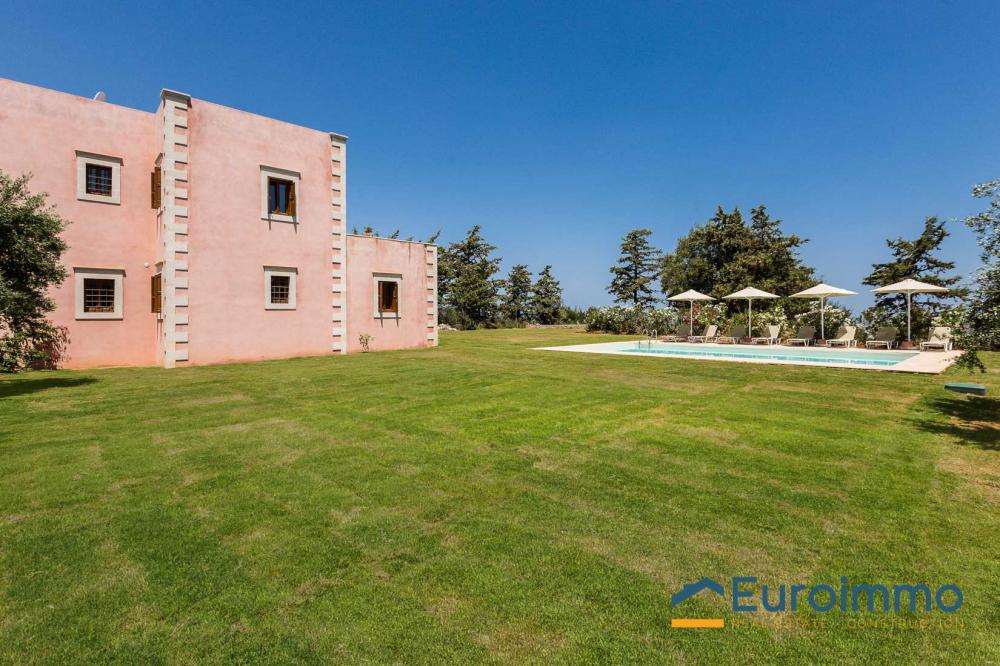 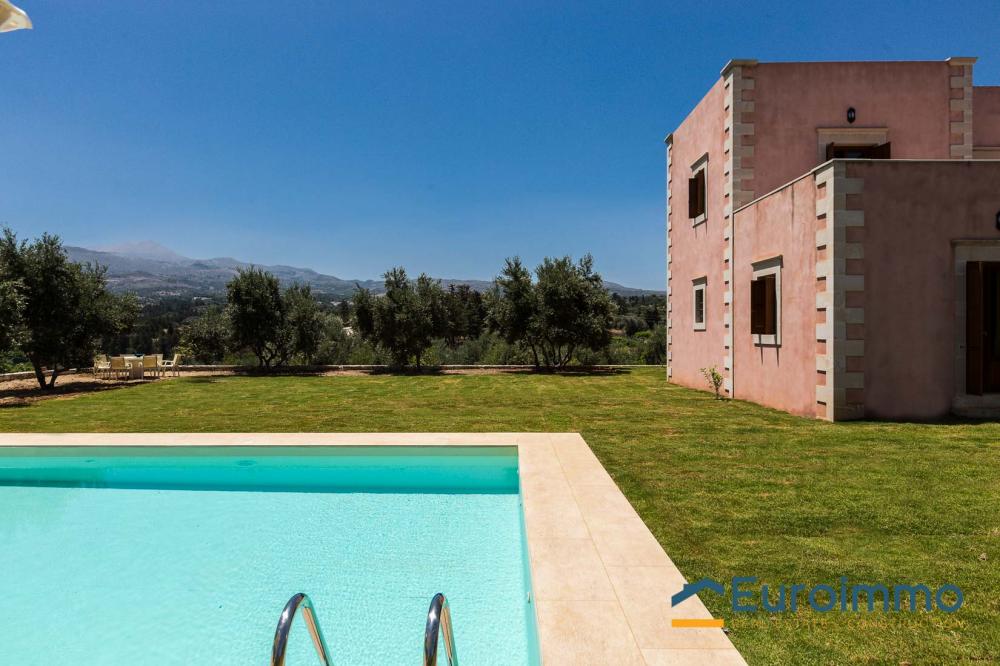 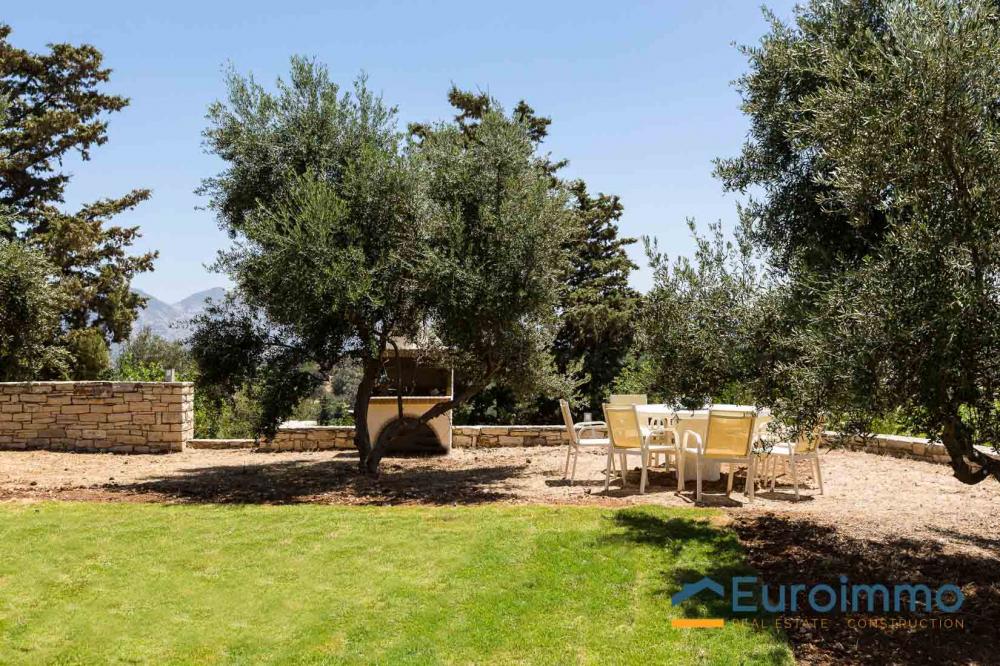 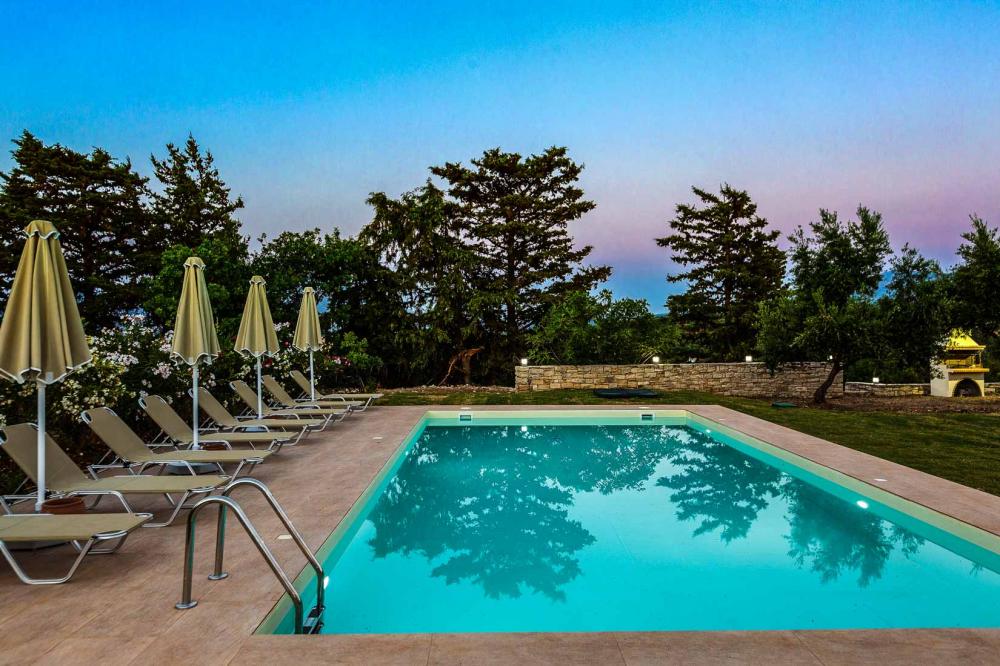 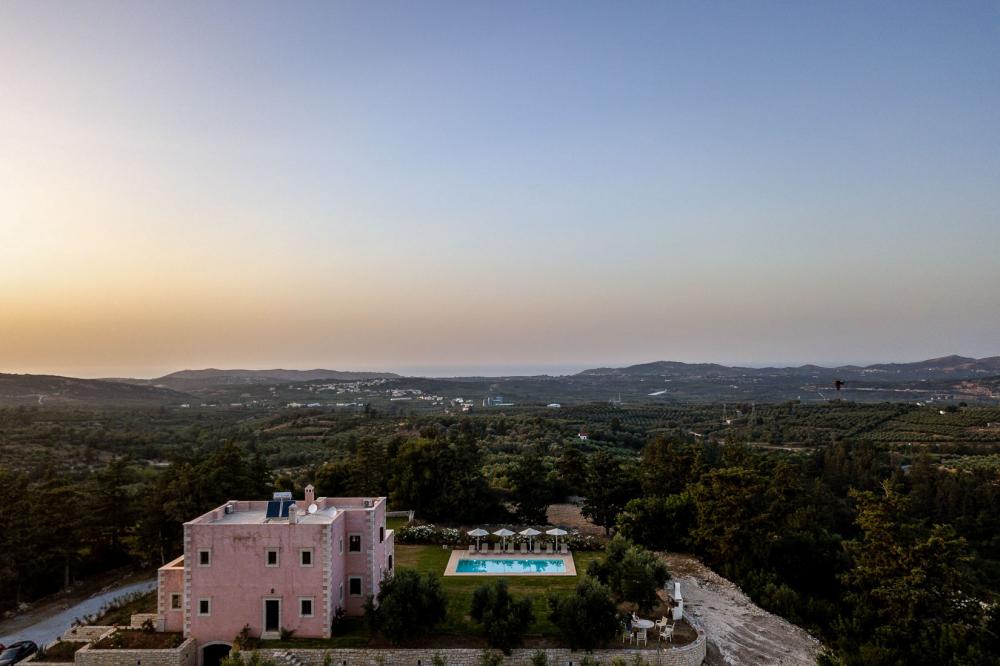 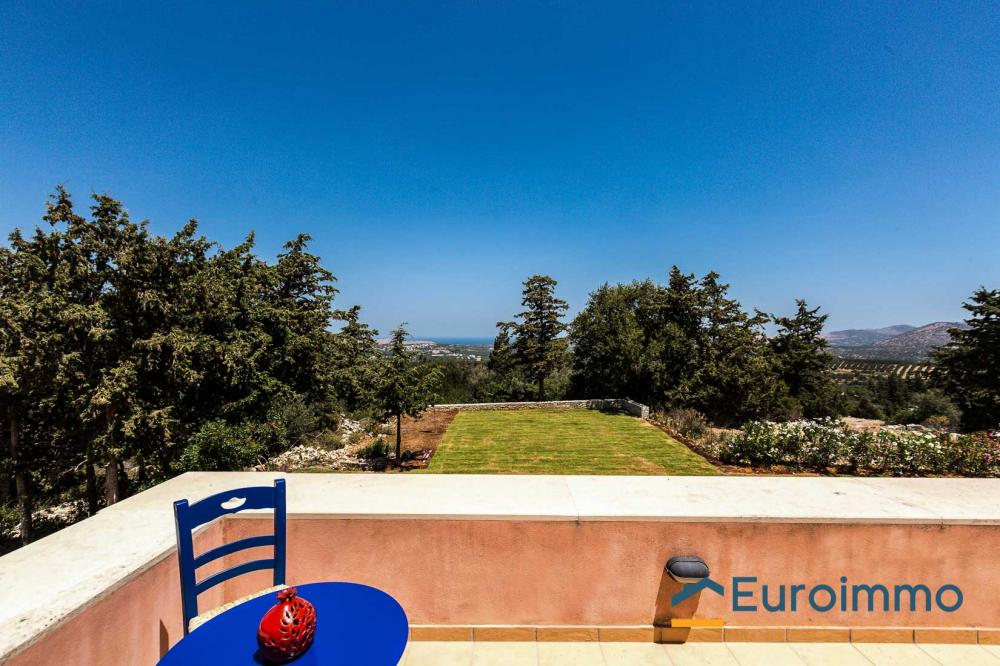 This beautiful, luxury villa,of 180 m², Built in 2012, on a plot of 4870 m², in Venetian style of stone and wood,a typical of traditional Cretan architecture, with its very thick walls, is fully thermally insulated. It is a villa placed in a magical place with a 360 ° view of the mountains, the sea and the countryside. The garden is landscaped with a 5m x 10m swimming pool and a barbecue area. A field of olive trees (60) completes the decor. The Villa is composed on the ground floor of a kitchen opened by an arch overlooking a large living room. In this living-dining room traditionally built a fireplace. This room serves, thanks to two doors windows, a covered terrace with a stone table which allows meals sheltered from the sun. Also located on the ground floor a guest toilet, a laundry room that can contain a washing machine and a large bedroom. The latter has an opening on the east side and a French window opening on the garden on the north side. The private bathroom has a bath, a separate shower, a stone sink, toilet and east facing window. On the first floor, there are 3 other bedrooms, all with an access to a terrace. The first bedroom has a west facing terrace and en-suite shower room facing the corridor side. The latter is composed of a shower, a stone sink on a wooden furniture, a toilet and a window on the south side. The second bedroom accesses its north-facing terrace through a French window and has a window to the west. It has its private shower room with a shower, a stone sink on a wooden cabinet, a toilet and a window facing North. The third bedroom has 3 openings: a French window accessing the terrace to the North, a window to the East and another to the South. The private bathroom has a bath, a shower, a double stone sink, a toilet and a window to the east. All rooms have wooden floors. The stairs and the hallway upstairs are paved with Cretan stone. The house has a large cellar that can also be used as a garage. The total area authorized for construction has not been used. One can still build another 40 m².It is located in a distance of 7 km from the sea, 75 km from airport, 70 km from port.

Find your property on Crete island